Ron KP2N and Tom NY4I added a Top Ten Devices Band Decoder to the W4GAC station. This switch ties into the existing Six Pack antenna switch. The idea is that rather than the operator having to select the right antenna, the Band Decoder follows a signal sent from the radio that tells the decoder what band the radio is on at the time. The corresponding position is then switched on the antenna switch. So when the radio is on bands 10m – 20m, the Log Periodic is selected. When it is on 80 or 40m, the dipole is selected. It is also possible to use alternate antennas (in case we want to have a 40m vertical as well).

This addition is also needed for the remote station as the manual selection switch would not work with a remote station to change antennas. Below are a couple of pictures of the project. One is the band decoder and another is a handy little DB-25 breakout Ron used to get the pin outs correct before he soldered up the DB25. 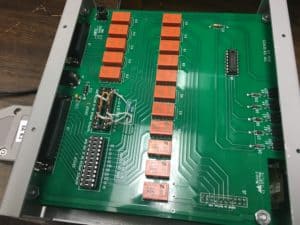 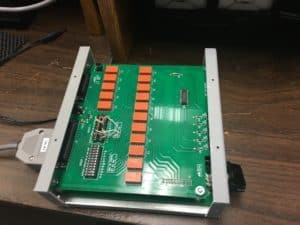 Hello. I live in Madeira Beach and have been licensed since 1980. I serve SPARC as the club's webmaster. I also do work on the club's remote station. I am active in DXing, contesting, station and computer integration and also enjoy making presentations at the club.