I noticed a tweet describing how SPARC member Pat Connelly KX4HL and a few others participated in the State Parks On the Air this past weekend. I asked Pat if he could pass along some pictures and a summary of their activities. This is Pat’s report:

I saw a post in the Amateur Radio section of Reddit about the Florida State Parks on the Air operating event/contest.  This was the first I’d heard of it, but the second year of the event.  I’ve been interested in portable operating and have done it a few times.  The post on reddit was from Corey Clark N1COR who was talking about activating Egmont Key State Park for the event.  I’ve been out to Egmont Key a few times and it would be a great place to setup so I sent him a message to see if I could join him and he agreed.
I met up with Corey and his friend Anson Shurr WU2F at Fort Desoto and we took the ferry over to Egmont Key State Park.  We setup in Battery Mellon at the north end of the island.  Conveniently, there was a picnic table inside the one of the rooms we used as the shack.  We both used 12m Spiderbeam fiberglass push-up poles as antenna supports.  Corey setup with an end fed antenna using his Yaesu FT-450D transceiver and a LiFePo4 battery.  I used my Yaesu FT-891 transceiver with an AGM battery connected to a solar panel.  Since my radio doesn’t have a tuner I use resonant antennas.  I first setup a quarter wave 40m wire vertical with 2 elevated radials.  This worked better than previous times I had tried it and I was able to make around 20 contacts.  Later I switched to a 20m dipole and made a few more contacts.  We had some issues with interaction between the antennas so we took turns transmitting.  We made over 60 contacts with the furthest being in Italy!  It was a fun day in a beautiful spot.
If you’re interested in activating state parks, there are a couple programs that run all year:  World Wide Flora & Fauna in Amateur Radio (WWFF) and the US only spin-off of WWFF, Parks on the Air (POTA).   POTA is still building their logging database but it will be done soon.  The main difference between the two is that WWFF requires 44 QSOs for an activation to count and POTA only requires 10.  Both groups have very active Facebook groups where activators post their activity so you can chase them.
So far I’ve activated 4 parks (2 POTA and 2 WWFF, counting last week) and I plan on taking a road trip soon to do a bunch more. 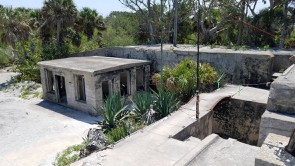 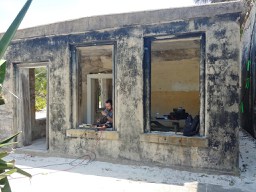 Thanks Pat for the report and activating the park. It is great to see SPARC members in action….

Published in Membership and Operating

Hello. I live in Madeira Beach and have been licensed since 1980. I work with SPARC to maintain the remote interface to the club station. I am active in DXing, contesting, station and computer integration.